Ashar Jamil is the Founder & Head of Growth at Digitally Up, an SEO and Web Design Agency based in Adelaide. He has worked with a number of well-known global companies including Huawei, Alachisoft, VoIP Terminator, Renovaten, First Aid Pro, and Kiwi Website Design.

In recent times, the entire world saw Stories gain gigantic momentum across the Facebook family of apps. This week the social network is going to add an expansion of its ‘Send Message’ CTA to include Stories ads across Instagram, Messenger, and Facebook.

In a recent tech-report, the new addition to options is to facilitate businesses to drive conversations directly from their Stories ads with a simple ‘swipe up’ prompt, through a messenger conversation. Thus, the user won’t have to leave the app they are using.

Back in 2016, Facebook had already been provided the ‘Send Messenger’ CTA for other ad types, while messages itself was added as a direct ad objective a year later, in 2017.

Given the notable growth of both Stories and messaging usage across the apps of the Facebook family, this expansion seems like a pretty logical step.

More than a billion active Stories users are served by Facebook and Instagram every day. An approximate of 40 million businesses are currently active on messenger. Furthermore, the feature draws attention as more than 3 million advertisers have already purchased Stories ads. According to a recent experiment, seven out of ten businesses that added Stories to their Messenger, gained an increase in conversations which included add to carts, app installs and other queries. It is now evident enough, that the integration of the new CTA buttons and tools is sure to garner more opportunities to dip into the increasing engagement.

The new option also falls in Facebook’s C-Commerce or Controversial Commerce push, which signifies the increasing value of messaging as a conjunctional and interactive platform between the brands and consumers. With the ever-increasing number of users looking for a more personal brand experience through messaging, considering options to link people through your business would be a great idea.

The new Stories CTA button can be availed by businesses with messenger templates set up in their Facebook Ads Accounts.

TagsFacebook AdsMessenger
PreviousPrevious post:How Much Does a Website Cost in Australia in 2019?
NextNext post:How Facebook Ads Will Help You to Be Successful In 2019 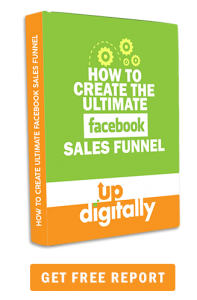 Fill out your detail below